The easing of regulations for Endangered Species Protection 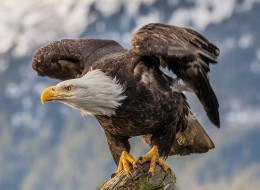 The US administration is currently undoing protection measures that were implemented specifically to protect endangered species, a move that conservationists believe will have dire consequences to plants and wildlife. The US Department of Interior recently announced a series of revisions to the Endangered Species Act, which has been credited for the bringing endangered species such […]