Impacts of Food Production on Air Quality and Health

One of the greatest environmental health risks the world is currently facing is poor air quality, with the agricultural activities being a major contributor of harmful air pollutants both in the United States and globally.  Yet, very little studies have been conducted regarding the environmental and health impacts resulting from food production. A new study, […] 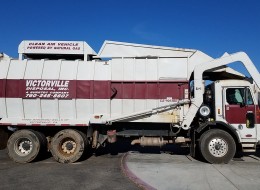 Substituting conventional fossil-fuels such as gasoline and diesel with vehicle fuels derived from renewable natural gas has several environmental benefits, including reducing the emission of atmospheric pollutants, which in turn improves local air quality. Since renewable natural gas (RNG) combusts in the same manner as fossil-based natural gas, pipeline operators do not distinguish between these […]

150 million Americans breathe in harmful air pollutants that pose a grave health risk and increases their susceptibility of dying from COVID-19 The coronavirus pandemic has forced people throughout America as well as other countries all across the world to cover their faces with face masks, plastic shields or other forms of protection. But the reality […]

People who live in regions where air pollutant levels are high may be at higher risk of succumbing to Covid-19. Several new studies indicate that air pollution may be a major contributor to Covid-19 related deaths. One study that analyzed Covid-19 deaths across various regions in France, Germany, Italy and Spain found that 78% of […]

Rise in Air Pollutants Linked to Increase in Premature Deaths 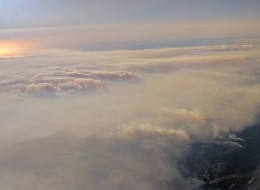 Air quality in the United States improved between 2009 to 2016, but has declined again between 2016 and 2018, according to a new report released by the National Bureau of Economic Research. An increase in air pollutants and the corresponding decline in air quality has significant health implications, particularly amongst the elderly, reducing life […]